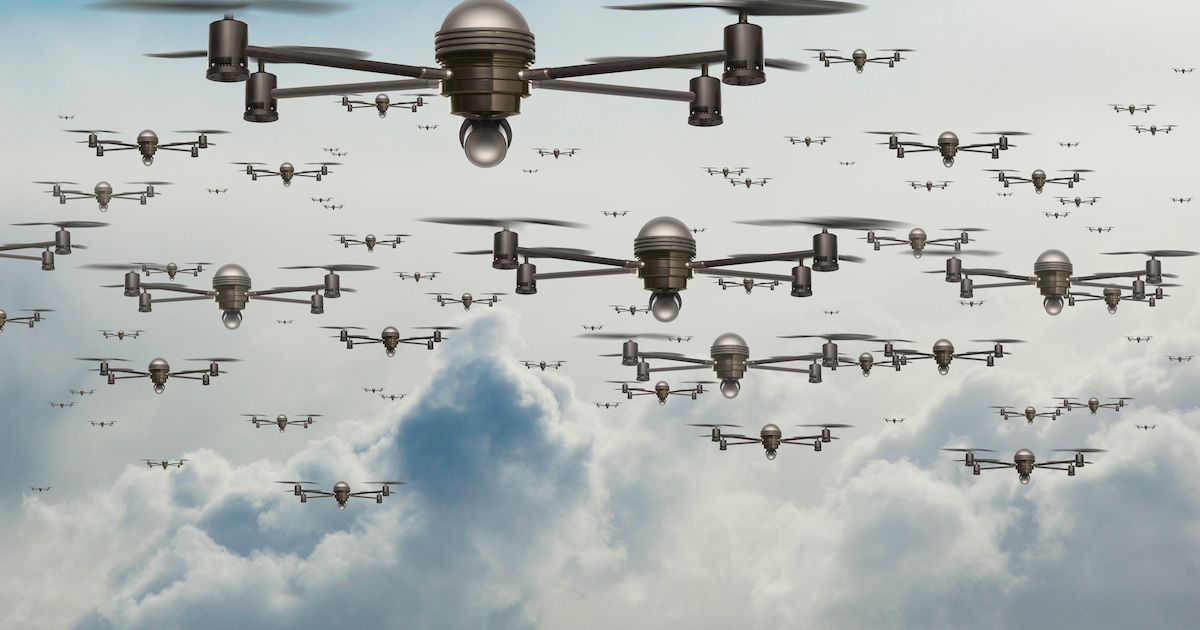 Before we get carried away, it is worth remembering a few things. Each one of these conflicts is a propaganda war above all else, and it is not always clear what we are actually seeing. Many videos of drone strikes are clipped just after the explosion, making it impossible to assess the actual damage. Moreover, we have only seen attritive strikes on individual targets, not decisive attacks in support of a larger offensive—picking off stray vehicles is very different from collapsing a defensive line. Finally, armored vehicles have not yet in fact disappeared from any of the battlefields in question.

Advances in UAVs will gradually alter the dynamics of warfare, but it is ridiculous to suggest that they are on the cusp of completely upending things. There are three principal reasons for this: the nature of combined arms, the economics of drone warfare, and the operational difficulties of drone strikes.

UAVs are no different in the essentials from any other air or missile platform. Anti-air systems have already destroyed a number of them in Syria, and there are plenty of existing ways to blunt their effectiveness: active protection systems, reactive armor, and better tactics, to name a few.

Recent strike footage, by contrast, shows 40+-year-old Soviet equipment in isolated, unentrenched, and unsupported positions. This has concentrated a lot of attention on the vulnerability of individual vehicles while ignoring how armies fight as a whole. Individual arms do not fight separately: it is unthinkable to send armor into urban environments without an infantry screen, or infantry into action without artillery support. Soon, it will be unthinkable to deploy armored vehicles unsupported by counter-UAS systems.

Modern militaries are only now beginning to field cUAS systems as part of doctrine. The Russian-built Pantsir gives us a good idea of what these will look like: a rapid-firing radar-guided cannons and missiles mounted on an armored chassis that can maneuver alongside other ground elements. Pantsirs have already successfully defended against drone swarms in Libya and Syria, adding yet another element to the thicket of modern combined arms.

It is interesting, then, that some of the highest-profile drone kills have been Pantsirs. In all cases the attacking UAV is thought to be the Israeli-produced Harop, a kamikaze drone employed by the Turks in Libya and the Israelis themselves in Syria. The Harop likely exploits specific gaps in the Pantsir’s capabilities: it is relatively fast, has a small radar cross-section, and flies directly into the top of its target (it is also possible that Assad’s and Haftar’s crews are too inexperienced). These gaps can and undoubtedly will be closed, and may not even exist with newer models—only older S1 models have been destroyed, not the S2 with an upgraded radar.

Which brings us to the race between the offense and defense. As weapons get better, both drones and cUAS systems will get more expensive. But costs rise faster in the air, as every upgrade brings new weight, balance, and power issues in addition to the cost of the improved avionics and munitions themselves. This undercuts the primary advantage of drones, which is that they are cheap and easy to manufacture.

As it is, the Harop is not especially cheap—about $10 million a piece, against $15 million for the Pantsir. As weapons evolve, militaries will face a tradeoff between low cost and higher kill probability. Their adversaries will meanwhile use anything they can to reduce the latter: decoys, radar spoofing, baited ambushes, complex defenses, etc. War is not a simple cost problem, but economics do affect inventories (more on this in a bit). Simply put, commanders will have to be discriminating in their use of drones, and will not be able to wipe out enemy ground forces at will.

What about at the lower end, where small, cheap drones can sneak past radars undetected? ISIS has used off-the-shelf drones armed with grenades for years, and new variants will get better while remaining low cost. This is an old problem, however: a short-range, small-yield explosive is no different in effect from mortar-fire. They will face many of the same difficulties of employment and limited capabilities, meaning they will hardly be groundbreaking.

The employment of UAVs

Another point of note about recent footage is that we only see the final part of the strike. We do not see the rest of the kill chain: the identification of the target, the communication of targeting data, the UAV moving to engagement range. We also do not see the enabling infrastructure: the airfields, the technicians, or the logistics of getting them in theater.

From a supply chain point of view, commanders will have to consider the number of UAVs they have on hand and how long it will take to be resupplied. The more advanced the weapon, the fewer are stockpiled—the era of precision-guided munitions raises the real possibility of running out of ammo in the opening phases of a conflict. This will force commanders to reserve drones for deliberate offenses, where they can achieve combined effects in conjunction with other forces. The old rules of warfare will still prevail, in other words.

Finally, there are major tactical vulnerabilities in the current crop of drones. Most of their recent success has come from their ability to loiter as they seek out targets or wait to be fed targeting data. The skies will not always be uncontested, however, and the longer that drones loiter the more easily they can be targeted by ground fires or counter-drone swarms.

In 1513, awed by the cannons which had recently brought down castle walls across Italy, Machiavelli argued that fortresses were obsolete. Just seven years later, in The Art of War, he detailed the kind of fortifications a prince should build—fortress design had caught up to the offensive power of cannons. So it always is in war: new weapons alter the battlefield, but the change is always far more gradual than it first appears. Drone maximalists tend to imagine buzzing drones filling the sky and vaporizing any ground forces, but don’t think through what that would entail. Just as artillery in the First World War and bombers in the Second failed to simply wipe out the enemy from afar, UAVs will take their place in modern armies as one piece of a complex, slowly-evolving system.